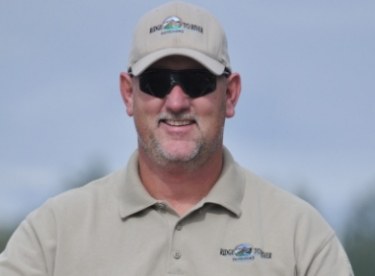 I wanted to follow-up to some of the Kokanee seminars I did early this year by talking about Kokanee fishing on Lake Stevens.  It is not uncommon at Kokanee seminars for anglers to comment, “I catch Kokanee on other lakes, but Lake Stevens frustrates me.”  I get it.  I have experienced this frustration.  Believe me.  I am ardent in my belief that you have to first find the fish.  Once you do, you have to fish the depth they are in.  If you go through fish and do not get hit, you should pull your gear and change colors.  Don’t hesitate, just do it.  If you hit fish you mark, then turn back into them and see if you can get hit again.

On May 16th, 2015 the annual Lake Stevens Kokanee Derby took place. I decided I would fish the derby this year with my friend, Jim and my youngest son, Connor.  Knowing we would fish together, we went fishing a week earlier to dial things in a little.  You know, working the down-riggers, changing gear and turning on Kokanee when fish were marked on the fish-finder.

Sometimes you will mark Kokanee and they will not bite. No matter what you do.

Needless to say we were completely baffled by the end of the day.  We did not catch a single fish!  In fact, we only marked two groups of fish all day.  We pulled gear and changed colors and went back through the same group of fish several times until we just did not see them on the fish-finder any longer.  I marked a lot of singles and we still did not put anything on.  There were a ton of boats on the water and we saw a few fish caught here and there throughout the lake, but nothing was on fire.

I have to tell you that after a day of fishing like that, we were asking ourselves if we really wanted to fish the derby.  Nonetheless, we were committed and decided to buy our derby tickets and give it a go.  After all, it’s Kokanee.  It can change day-to-day, not to mention in a week.

We arrived very early on the day of the derby and were fishing by 5am.  There were only three of us and we fished a total of four rods.  We head straight out from the boat ramp and began fishing in 50 feet of water.  I ran two rigs on down-riggers and 2 rigs off the back flat-lining about 150 feet back.  By 6:44 AM we had lost a few and had 5 in the box.

I completed a few north south tracks and was not impressed with the consistency and decided to head over to south of the aerator.  I also was not happy with the performance of the flat-line rods.  I also started marking fish at 35/37 and 45/47 feet.  We decided to run double stacked rods on the down riggers with a 10 foot spread. As soon as we made this decision and acted on it, things started to change!

When fishing a derby, you have to constantly strategize.

Most importantly Jim, Connor and I were working together efficiently and quickly.  We worked hard to keep gear in the water at all times.  We often had doubles on and that was really the only time we did not have gear in the water.  As soon as the fish was in the boat, we worked on getting the gear back in the water.

Mid morning we moved to the north end of the lake.  We put a few on, but lost them.  Then it seemed like everything just stopped.  You know the old saying, “Don’t leave fish to find fish.”  Well, we did it.  It was a mistake.  We made the move back to the aerator.

As soon as we got back into the area of the aerator, we began marking fish again.  We were able to mark fish get hit and turn back into them and get hit again.  We definitely lost more fish than we put in the boat.

I was very happy we fished the Lake Stevens Derby.  There were tons of kids who fished the derby and I like that!  Connor took first place for biggest Kokanee for the kids division.  I tied for 1st place for heaviest bag limit with an angler who was fishing in John Thomas’s Rotten Chum boat, another Dick Nite Spoons Pro-Staffer.  The size of the fish this year is not super impressive, but they are consistent.

This derby is not possible without the support of these sponsors.  I am sure you will find a way to support these sponsors in your 2015 fishing season.

I know your probably asking what we used.  Well, we used a lot of gear.  It’s Kokanee fishing.  You have to be willing to change color and styles.

For an attractor, we stayed with dodgers.  Even though we changed colors a lot, Dick Nite dodgers did the trick.  I think the action and the color choice we made, at the time we made the decision to change color, made a difference throughout the day.  As far as the lure…… well, let’s just say it is good having the kitchen sink.

Good luck with your Kokanee fishing this year!